This site is hosted courtesy of Heart Internet 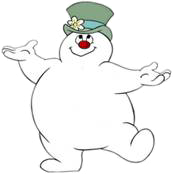 Consultants, Liddell Thomson, recently held an exhibition at Easington Community Hall outlining BTs plans for the proposed 5 wind turbines to be situated between Easington and Skeffling.

Since then councillors from Skeffling and Easington Parish Councils have met with representatives of Liddell Thomson and BT to discuss the matter further.

The meeting was heated and the councillors didn't pull any punches.

Stuart Haywood began by telling BT that South Holderness was being inundated with turbines and didn't want any more.  If all the current planning applications are approved by the end of 2011 the East Riding will have seven times its targeted wind power.

Mike Turnbull said that when the original wind turbines at Out Newton Road were proposed there were many objections and, at appeal, the 20 turbines asked for was reduced to seven.  This was a form of industrialisation and South Holderness is not an industrial area, it's an agricultural area.  This area has become a dumping ground for utilities development.

said that 20% of energy generated by renewable sources is a huge undertaking. He remarked that our community's contribution would be to a bigger picture.

Keith Fearnley pointed out that the proposed turbines were very close to the villages.  The gas sites already cause many problems because they are so close to residential homes.

BT was asked if they had considered the inaccessibility of the area Roads were not major roads, they were winding and narrow.

Lisa Wore of Liddell Thomson replied that they had considered a road access or possibly a new site access to avoid turbines going through the villages.  Tom Martin added that a survey had been done on getting the turbines to the site.  It was technically possible.  In terms of construction traffic they had also considered road degradation.

Stuart Haywood pointed out that there had been a similar agreement with East Riding of Yorkshire Council when the gas site was constructed. Unfortunately those promises were never honoured.  Why would they would be this time.

two local councils, Lisa Wore assured everyone that the words 'dumping ground' and 'we have got enough', would go into the public document.  She added that should the application go through, BT will liaise with the parish councils.

The minutes of this meeting were circulated to councillors of both parishes and sent to Liddell Thomson by Jan Crowther, Clerk to Easington Parish Council.  We have still to receive a response from BT.

Councillors who attended the meeting said feelings had run very high, but they were determined to get their views across.  In particular they wanted BT to know that the low key method of introducing this planning proposal to the area was slightly worrying. Lisa Wore of Liddell Thomson stressed  2,250 leaflets had been delivered to houses in the area.  She promised to find out why so few people had received them.

No doubt in the New Year we will either hear that BT has dropped their plans or a planning application for 5 wind turbines will be sent to Skeffling and Easington Parish Councils.   Skeffling News and Skeffling Community website will keep  you   fully   informed.

Shoreline Management has been talked about for quite a few years now, and will effect residents of Skeffling.  Exhibitions are being held all over the area to highlight the problems.

An exhibition will be held on Tuesday, 8th December from 1pm - 7pm at Skeffling Village Hall.

It is hoped as many people as possible will go along and give their views on the draft document. Based on feedback received during this consultation period, it is hoped the final plan will be completed by the end of June 2010.

The information at the exhibition will provide short, medium and long-term policies and options for the future management of coastal flooding and erosion along the East Riding and Lincolnshire coastline.  This will take into account the impact on people and the built, natural and historic environments along the coast.  It sets out how the coast will be effected by coastal flooding and erosion over the next 20, 50 and 100 years, and provides a policy framework for how this should be dealt with.

Copies of the draft plan will  also   be   available  to

view at County Hall, libraries and customer service centres, along with feedback forms for people to provide this comments.  Interested residents can visit the project website www.hecag-smp2.co.uk and give their comments electronically.

The annual Xmas Coffee Morning at Skeffling Village Hall was, once again, a resounding success.

On behalf of the Village Hall Committee, an extremely big 'thank you' to everyone who donated prizes, time, and money. The event raised £582.50p., all of which goes to the fabric of St. Helen's Church.

Thanks to Peter and Geoff for bringing home the bacon and cooking it!  The Village Hall Committee and helpers, who made the tea, coffee, and manned the various stalls.

A special mention must go to Mary Billaney and the beautiful Christmas displays she always makes for the Xmas Coffee Morning.

There will be a Christmas Celebration on Sunday, 20th December between 2 - 4pm at Easington Community Centre.

Withernsea Ladies Choir will sing carols.  There will be mince pies and mulled wine,  all   free   of  charge.

Not forgetting a raffle.

Now that sounds like a lovely way to start Christmas.

If you'd like to join in some carol singing before the season really begins, Bernard's street organ will be in Easington Square at 7pm on Thursday, 10th December.

When you've sung yourself silly, the White Horse are kindly providing refreshments.

All donations from the evening will go to the British Legion.

With so many of our people currently serving overseas in dangerous situations, your generous donations will be very welcome.

To all our service men and women, Skeffling News wishes you a Happy, and safe, Christmas.

Unfortunately there will not be a Christmas Carol Service at St. Helen's this year because the building is unsafe.

For those of you who would like to attend Midnight Mass on Christmas Eve, it is at 10pm at All Saints Church, Easington.

This year Easington will be seeing in the New Year with a New Years Eve Dance at the Community Hall on 31st December 2009 from 8pm till late.

Music will be provided by Johnny, Pat and the 4 Aces, and there will also be a Disco.

During the evening a light buffet will be provided, but you are asked to bring your own drinks.

As it's New Years Eve the idea is to have a good time and dress up for the occasion.  So fancy dress might be fun, but is optional.

Tickets will cost £15 per person, and are available from Keith on 650312 or Rachel on 650011.   Numbers are limited, and tickets will be on a 'first come first served' basis. The dance is for grown-ups, so a 'strictly no under 18s' policy applies.

It's a great way to see in 2010, and the organisers have a very lively evening planned!

Cllr. Turnbull reported that the Road Watch scheme has been very successful The incidents of speeding have been high for a small village.  This has shown the complaints by villagers have        been        upheld.

Because of these results the police are thinking of introducing a speed camera at certain times of the day, which will give them the authority to prosecute speeding motorists and not just caution them as at present.

After a detailed discussion it was agreed that due to the present economic climate the Precept for 2010/11 will remain unchanged at £1,320.

Mr John Branton has asked if a notice could be put outside the Village Hall to discourage people from parking on the road as it restricts his access. He has offered to pay up to £200 towards the notice.  It was decided that other ways could be found to eliminate the problem.  It could be put on the Village Hall booking form that any parking must be in the car park, and whoever is in charge of any event at the Village Hall could make sure no one parked on the road.  After a trial period, if the problem persisted, the matter would be looked at again.

Cllr. Robinson has spoken to Keith Woodall of Streetscene to report two items which have not been dealt with.  The hedges between the crossroads and old blacksmiths shop, and between Rustic Lodge and Laurel Farm, are overgrown and needs attention. The two gullies on the Z-bend opposite Old Hall       have       collapsed

because they have been driven over.

The next meeting of the Council will be on Tuesday, 5th January.

The Mobile Library will be in Skeffling on Wednesdays, 16 and 30 December. It will be arriving at the top of Church Road at 11.15am, and staying for about 30 minutes.

The next brown bin collections will be on Thurs, 10th December.

This month the Police Surgery will be held on Thursday, 17th December between 3 - 4pm.

This is the web address to go straight to the Blogs pages.  From there you can sign up to Skeffling Chatter and have your say on any subject.  See you there!