An introduction to the History of Skeffling

Skeffling is a small agricultural village situated in an area known as South East Holderness. The village lies close to the River Humber and is approximately 5 miles south of the town of Withernsea and 4 miles south east of the village of Patrington.

According to the 2001 Census, Skeffling has 153 residents residing in 58 dwellings, significantly 60% of these dwellings are detached houses and bungalows, data from the recent parish plan questionnaire showed a close correlation with the Census which suggests there has been little change since 2001.  The village is characterised by the open spaces between these dwellings and by mature hedgerows and tree groups which contribute further to the rural setting.  There are individual properties of note which date from the 18th century, several of these have been sympathetically restored in recent years.

The village once had a range of facilities including a shop, public house (known as The Sun Inn), a blacksmiths shop and a filling station, the last one of these closed approximately 30 years ago.  The shop and the pub are now both residential properties.

History states that Skeffling once had a priory. The land known as Holderness was generously gifted to the Albermarle family by William the Conqueror.

The Albermarle family had founded a monastery near their ancestral home in Normandy and in 1115 Stephen, Earl of Albermarle granted many of the churches and chapels found in Holderness and North Lincolnshire to the Benedictine abbey of St. Martin d’Auchy in the diocese of Rouen.  To oversee the acquired English property a detachment of monks and a prior were sent over and they formed a small monastic cell at Birstall.  In 1219 they were granted the chapel of Birstall and soon after suitable buildings were erected to accommodate the monks and the Priory ordained.  The Priory was built on the river bank between Skeffling and Weeton, accessible by Birstall Lane which is still in existence today at the end of Long Lane.  By 1720 Birstall Priory was in ruins and the last traces of it disappeared during the floods in the 1900s.  Some of the elderly residents of Skeffling can remember being able to see remnants of the Priory out on the Humber mudflat's when they were children.

The present day key historical feature of Skeffling is St Helen’s church.  This is a Grade 1 listed building built in the 15th century. Originally  the  church   was  given  to  the  Priory  of  Birstall  by

Stephen, Earl of Albermarle, which he made a cell to the Abbey of Albermarle in Normandy. The original church stood elsewhere and the rebuilding on its present site started in 1466.

The new church was officially consecrated in 1470.

The village is surrounded by open farmland which has grade 3 agricultural status.  Agriculture has been the backbone of the community since records began and is still so today.

However, over the past 30 years with the constant changes in farming structure several smaller farms have proved to be unviable and have been sold to bigger landowners, in some cases landowners from outside of the community.

There is a defined development boundary limit which is along Chapel Lane and Church road.

Within the Local Development Framework there is no land outside this limit classed as brownfield, however  there could be the possibility of infill development or replacement within this boundary. 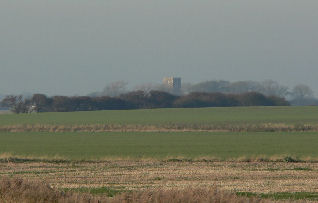 As you would expect in a small community, employment opportunities are limited, most people have to commute out of the village.  There are a number of self employed people operating service related businesses within the community.

People from all walks of life have migrated to Skeffling for various reasons.  The village is fairly close knit and there is a strong sense of community spirit, testament to this are examples of recent projects carried out by some villagers. 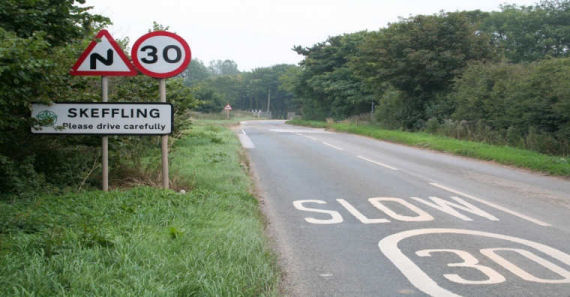